Giardia is a microscopic parasite that can infect the intestinal tract of cats and dogs (as well as people and other mammals). Giardia infection can cause diarrhea and spread between other pets or people in the environment.

Cats and dogs typically become infected with Giardia by one of three ways:

After Giardia cysts are swallowed, stomach acid and digestive enzymes break them down, causing the disease-causing form of Giardia to “hatch” into the small intestine. These can wreak havoc within a pet’s digestive tract. An infection caused by this single-celled parasite is called giardiasis.

Giardia cysts can survive and remain capable of causing an infection for several months in cool, wet environments. Thankfully, they don’t do as well in hot, dry conditions and Giardia on surfaces can be killed by several common disinfecting solutions.

Clinical Signs of Giardiasis in Dogs and Cats

The main sign of giardiasis in cats and dogs is diarrhea. Giardia diarrhea is typically very foul smelling and often has a greasy or mucus-like appearance. Diarrhea associated with giardiasis may be consistently present or may be intermittent and come and go.

One study found that 10.8% of cats and 15.6% of dogs in the United States with diarrhea had Giardia[1]. Puppies, kittens, and any adult cats or dogs that have a weakened immune system are most likely to be affected with a Giardia infection.

If severe or long-lasting enough, diarrhea in cats and dogs (from any cause) can lead to imbalances in electrolytes, hydration, body pH, and a host of other potentially severe problems.

Other clinical signs of giardiasis in cats and dogs include:

Cats and dogs with giardiasis can be asymptomatic, meaning that they show no signs even though they have an infection. This means the parasite can still be doing damage to their digestive tract, and they can still be shedding the parasite and act as a source of infection for other pets. For this reason, it’s always a good idea to have your pet’s poop tested at the annual or bi-annual wellness visit.

It's also a good idea to wash your hands frequently when you're playing with, petting, cleaning up after, or otherwise caring for any pets with diarrhea.

Diagnosis of Giardia in Dogs and Cats

Giardia infections in cats and dogs are diagnosed by your pet's veterinarian using a stool sample. Ideally, it's a sample from when the pet is actively having diarrhea (not a formed, normal stool), and is as fresh a sample as possible.

Because both the shedding of cysts and the diarrhea can be intermittent, the diagnosis of a Giardia infection in a cat or dog isn't always straightforward. Often, more than one type of test is necessary to diagnose the infection, as well as to confirm the “all clear” following treatment.

Treatment for Giardia in Dogs and Cats

Your veterinarian will prescribe the most appropriate treatment(s) for your cat or dog if they're having diarrhea and are diagnosed with giardiasis. There are a few different medications they may choose from. Sometimes one will work better than the others, and occasionally multiple medications may be needed, either at the same time or successively.

Occasionally, more than one round of treatment will be necessary if your pet still has diarrhea and follow-up testing confirms the continued presence of Giardia.

Medication isn't the only important aspect of successful treatment for Giardia in cats and dogs. Here are other things you should be aware of and do when you have a pet (or pets) with giardiasis:

One vital, and often overlooked, aspect of treating a Giardia infection in cats and dogs is the bath on the last day of treatment. This can be an important step to remove any infective Giardia cysts that may have gotten onto your pet's fur while they were infected and having diarrhea.

Lastly, be sure to follow your veterinarian's recommendations for follow-up examinations and testing to help ensure that the damage done by the Giardia parasites is minimized and that the infection doesn't become a chronic or recurring problem within your home. 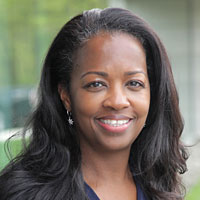