The Truth About Heartworm Disease in Cats

Heartworm disease in cats has gotten more attention in recent years, leading to better diagnosis and prevention. Unfortunately, many myths about cats and heartworm disease still exist. We're demystifying some of the most common beliefs around heartworms and your feline friends.

Contrary to what the name implies, heartworm disease doesn't primarily affect a cat's heart. These worms impact a cat's lungs and blood vessels where they can cause severe inflammation and other internal damage, even in small numbers.

Myth: Heartworm Disease Isn't a Problem Where I Live

The reality is that heartworms are a problem across the country and heartworm disease has been diagnosed in all 50 states. The current data likely represents an underestimate of the range and severity of the problem. Knowing where, when, and how densely heartworm disease is present in an area depends on:

Unfortunately, these three things just don't happen as often or regularly as they should – so heartworm disease is likely more common than what the prevalence maps indicate.

While an indoor-only lifestyle reduces a cat's risk of being infected with heartworms, it doesn't eliminate it. It takes just one infected mosquito – coming through a torn screen, or open window or door – getting into your home to bite your cat. One study found that more than 1 in 4 cats diagnosed with heartworm disease were classified as "indoor-only"[2].

Myth: There's a Treatment for Heartworm Disease in Cats

While there are effective treatments for heartworm infections in dogs, there currently aren't any safe and effective ways to kill or remove heartworms from cats. Exercise restriction and medications that aim to reduce the inflammation are the only ways to help cats with heartworm disease. Sadly, even with the best of care and rest, cats can still die from the damage caused by their heartworm infection.

Myth: My Kitten is Too Young for Me to Worry About Heartworm Disease

Cats and kittens of all ages can get heartworm disease (after all, mosquitoes don't check IDs before biting). Kittens should start a heartworm preventative medicine at 8 weeks of age in areas where heartworm is prevalent during the heartworm transmission season[3].

And it’s not just heartworms that you should be protecting your cats and kittens against from an early age. Intestinal worms, fleas, ticks, and even ear mites are common parasites that can affect cats and kittens of all ages and throughout the year. 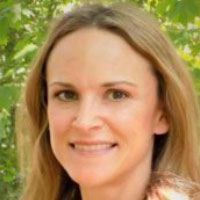 Dr. Kristine Smith received her DVM from Tufts University, School of Veterinary Medicine and is a board-certified specialist in zoological medicine. Dr. Smith has 20 years of global experience in research of veterinary and zoonotic infectious disease, working with government, non-profit, and private sectors, in addition to years spent in veterinary clinical practice. Dr. Smith currently serves as Zoetis Petcare HQ Medical Lead (Preventatives). In her spare time, Dr. Smith loves to travel and spend time with her family, 3 cats, and Australian Shepherd mix.

Important Safety Information: The safe use of Revolution Plus has not been established in kittens less than 8 weeks old or in breeding, pregnant or lactating cats. Reported side effects in clinical trials included lethargy and anorexia. Use with caution in cats with a history of neurologic disorders. Sarolaner, one of the ingredients in Revolution Plus, is a member of the isoxazoline class, which has been associated with adverse reactions such as tremors, ataxia, and seizures. Reactions have occurred in cats with or without a history of neurologic disorders. In humans, Revolution Plus may be irritating to skin and eyes. See full Prescribing Information.