Cat kneading is one of those special, instinctive cat characteristics people often wonder about. Is my cat happy, angry, or self-soothing when kneading? Should I worry if they knead all the time or don’t knead at all? The truth is, cat kneading can take many forms, for many reasons, with many associated feelings. That just means there’s plenty for you to learn about this interesting feline activity. Understanding a bit more about your cat’s inclinations to knead can improve your bond and give you deeper insights into their individuality.

What Is Cat Kneading?

Cat kneading, sometimes called "making biscuits," resembles the motion we make when kneading dough. It's the rhythmic motion cats make with their paws, alternating between left and right, typically on soft objects like blankets, pillows, your belly, and even other pets.

Most cats make the same motion with their paws while kneading, but there are differences in the way they knead. Some purr loudly while others purr softly — and some even stay silent during their kneading ritual. You may see cats extend their claws, but not always. There are even cats who suckle and bite while kneading.

The differences don't stop there. Many cats just use their front paws, while others sometimes get all four paws in on the action. You'll also see variations in the amount of kneading your cat does.  How a cat kneads is a reflection of their unique self.

Why Does My Cat Knead?

If you're concerned about your cat's kneading, don't be — it's a completely natural and normal behavior. While many people worry it's a symptom of something negative (like kittenhood trauma or being separated from their mother too early), it's been shown that nearly all cats knead at all ages.

The most prevalent theory on the reason behind this kneading has to do with their kitten years. Nursing kittens knead their mother's belly to stimulate milk production and flow from the teats. It's thought that kittens carry this action into adulthood with positive associations of their comfort when nursing.

There are other theories too. They include:

Is It Ok to Let My Cat Knead?

Yes! Kneading is natural and can be a lovely experience to share with your cat. If you prefer not the be the direct recipient of those paws-in-motion (or you're worried it could damage the items on which they're focusing their attention) there are some things you can do. The key is to redirect the kneading without restricting their "need to knead."

Obsessive kneading, especially if you observe a marked change in the behavior, may indicate that there's a problem. Contact your veterinarian to discuss these changes.

Be it instinctual, comforting, affectionate, or reminiscent of their days as kittens, kneading is a natural and special cat characteristic. The next time your cat starts "making biscuits," take a minute to appreciate their uniqueness. 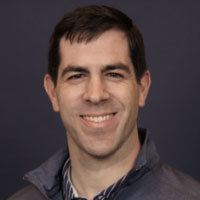 Raised in Northern Virginia, Dr. Sam Gilbert received both his BSE and VMD degrees from the University of Pennsylvania. Dr. Gilbert completed a one-year small animal internship and additional surgical training before relocating to New Jersey for roles in the medical device and animal health industries. Dr. Gilbert currently serves as the Zoetis Petcare HQ Medical Lead for pet owner directed initiatives in dermatology and cross-portfolio therapeutic areas. Outside of work, he enjoys spending time with his wife, daughter, and cat.