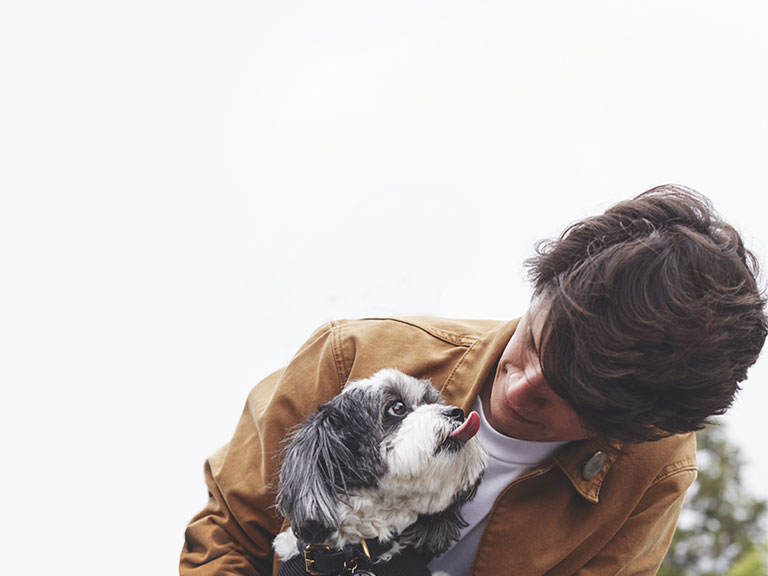 As the world’s largest animal health company, we develop and create innovative products that improve the health of your pets.

Parasites can cause havoc in and outside your pet’s body. Help protect them against pests like fleas, ticks and heartworms.

Simparica Trio is an all-in-one chewable proven to protect your dog against heartworm disease, ticks & fleas, roundworms & hookworms in just one monthly dose.

Simparica is the once-a-month tasty chew that gives your dog flea and tick protection that goes on and on and on.

It’s easy to forget a monthly dose. With ProHeart 12, one dose means one full year of protection against heartworm disease!1

REVOLUTION® PLUS is the ONLY FDA-approved 6-in-1 preventative with broad-spectrum action against parasites that threaten cats and kittens.

Quick and easy to use, REVOLUTION® protects cats and dogs from harmful parasites with just 1 dose, once a month.2

Only ProHeart® 6 can prevent heartworm disease for a full 6 months in just 1 shot given by your veterinarian.

Itchiness due to allergies and skin infections can cause real discomfort for your pet. These products can provide short and long-term solutions for your pet’s skin disease.

APOQUEL® is a revolutionary prescription medicine that stops allergic dog itch right at the source—so you and your dog can get back to the life you love.

CYTOPOINT® is an injectable medication that helps relieve itch for 4 to 8 weeks, so everyone can get back to enjoying life’s precious moments.

A single injection of CONVENIA® provides up to 14 days of antibiotic therapy,3,4 working quickly to treat your pet’s bacterial skin infection.

Reward offer for dogs 20lbs+ only

Discomfort can take a toll on your pet. We have products that can help with osteoarthritis pain, noise aversion, motion sickness, acute vomiting, and the surgical experience.

Osteoarthritis and post-operative pain doesn’t have to impact your dog’s quality of life. Help control their pain and inflammation with RIMADYL.

SILEO is a medication prescribed by your veterinarian to help calm your dog when frightened by loud noises (canine noise aversion).

CERENIA is the first and only FDA-approved veterinary medication to safely and effectively treat vomiting in dogs and cats. In dogs, CERENIA can also help prevent vomiting due to motion sickness.

Help stop illness before it gets started. Vaccinating your pet can help prevent harmful diseases.

Help your dog live a healthier life by keeping them updated on the vaccines they need to prevent serious diseases.

Use with caution in dogs with a history of seizures. Simparica Trio contains sarolaner, a member of the isoxazoline class, which has been associated with neurologic adverse reactions including tremors, ataxia, and seizures in dogs with or without a history of neurologic disorders. The safe use of Simparica Trio has not been evaluated in breeding, pregnant, or lactating dogs. The most frequently reported adverse reactions in clinical trials were vomiting and diarrhea. See full Prescribing Information.

Simparica is for use only in dogs, 6 months of age and older. Simparica may cause abnormal neurologic signs such as tremors, unsteadiness, and/or seizures. Simparica has not been evaluated in dogs that are pregnant, breeding or lactating. Simparica has been safely used in dogs treated with commonly prescribed vaccines, parasiticides and other medications. The most frequently reported adverse reactions were vomiting and diarrhea. See full Prescribing Information.

Use PROHEART 6 in dogs 6 months of age or older and PROHEART 12 in dogs 12 months of age or older. Do not administer to dogs that are sick, debilitated, underweight, have a history of weight loss, or to those previously found to be hypersensitive to the drug. Hypersensitivity reactions may occur in some dogs when PROHEART is administered alone or with vaccines. Anaphylactic and anaphylactoid reactions can result in death and should be treated immediately with the same measures used to treat hypersensitivity reactions to vaccines and other injectable products. Reported side effects in clinical trials included vomiting, lethargy, diarrhea, anorexia, and hypersensitivity reactions. People should avoid inhalation, contact with eyes, or accidental self-injection. Certification is required before veterinarians and staff administer these products. See full Prescribing Information for PROHEART 6 and PROHEART 12.

The safe use of REVOLUTION PLUS has not been established in kittens less than 8 weeks old or in breeding, pregnant or lactating cats. Reported side effects in clinical trials included lethargy and anorexia. Use with caution in cats with a history of neurologic disorders. Sarolaner, one of the ingredients in REVOLUTION PLUS, is a member of the isoxazoline class, which has been associated with adverse reactions such as tremors, ataxia, and seizures. Reactions have occurred in cats with or without a history of neurologic disorders. In humans, REVOLUTION PLUS may be irritating to skin and eyes. See full Prescribing Information.

Do not use REVOLUTION on sick, weak, or underweight animals. Use only on cats 8 weeks and older. Use only on dogs 6 weeks and older. Prior to administration, dogs should be tested for heartworms. In cats, side effects may include digestive upset and temporary hair loss at application site with possible inflammation. In people, REVOLUTION may be irritating to skin and eyes. Wash hands after use. See full Prescribing Information.

Do not use APOQUEL in dogs less than 12 months of age or those with serious infections. APOQUEL may increase the chances of developing serious infections, and may cause existing parasitic skin infestations or pre-existing cancers to get worse. APOQUEL has not been tested in dogs receiving some medications including some commonly used to treat skin conditions such as corticosteroids and cyclosporine. Do not use in breeding, pregnant, or lactating dogs. Most common side effects are vomiting and diarrhea. APOQUEL has been used safely with many common medications including parasiticides, antibiotics and vaccines. See full Prescribing Information.

People with known hypersensitivity to penicillin or cephalosporins should avoid exposure to CONVENIA. Do not use in dogs or cats with a history of allergic reactions to penicillins or cephalosporins. Side effects for both dogs and cats include vomiting, diarrhea, decreased appetite/anorexia and lethargy. See full Prescribing Information.

As a class, NSAIDS may be associated with gastrointestinal, kidney and liver side effects. These are usually mild, but may be serious. Pet owners should discontinue therapy and contact their veterinarian immediately if side effects occur. Evaluation for pre-existing conditions and regular monitoring are recommended for pets on any medication, including RIMADYL. Use with other NSAIDS or corticosteroids should be avoided. See full Prescribing Information.

Do not use SILEO in dogs with severe cardiovascular disease, respiratory, liver or kidney diseases, or in conditions of shock, severe debilitation, or stress due to extreme heat, cold or fatigue or in dogs hypersensitive to dexmedetomidine or to any of the excipients. SILEO should not be administered in the presence of preexisting hypotension, hypoxia, or bradycardia. Do not use in dogs sedated from previous dosing. SILEO has not been evaluated in dogs younger than 16 weeks of age or in dogs with dental or gingival disease that could have an effect on the absorption of SILEO. SILEO has not been evaluated for use in breeding, pregnant, or lactating dogs or for aversion behaviors to thunderstorms. Transient pale mucous membranes at the site of application may occur with SILEO use. Other uncommon adverse reactions included emesis, drowsiness or sedation. Handlers should avoid direct exposure of SILEO to their skin, eyes or mouth. Failure to lock the ring-stop on the syringe before dosing SILEO could potentially lead to an accidental overdose. Always review INSTRUCTIONS FOR USE before dispensing and dosing. See full Prescribing Information.

Use CERENIA Injectable for vomiting in cats 4 months and older; use subcutaneously for acute vomiting in dogs 2 to 4 months of age or either subcutaneously or intravenously in dogs 4 months of age and older. Use CERENIA Tablets for acute vomiting in dogs 2 months and older, and for prevention of vomiting due to motion sickness in dogs 4 months and older. Safe use has not been evaluated in cats and dogs with gastrointestinal obstruction, or those that have ingested toxins. Use with caution in cats and dogs with hepatic dysfunction. Pain/vocalization upon injection is a common side effect. In people, topical exposure may elicit localized allergic skin reactions, and repeated or prolonged exposure may lead to skin sensitization. See full Prescribing Information.